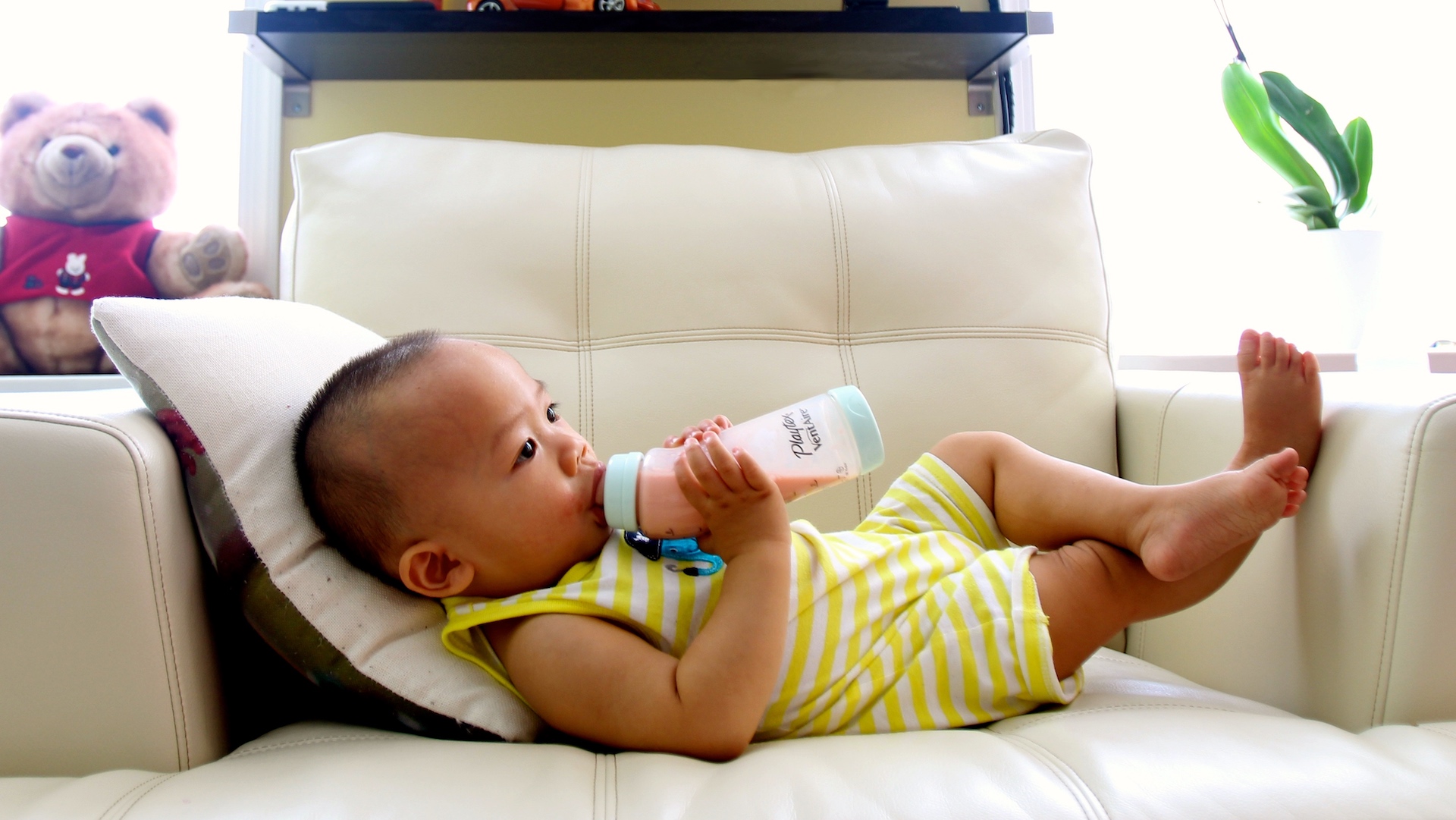 How soon is too soon?

Can anyone ever prepare you for becoming a new mom? All the new emotions, the turbulent hormonal roller coasters, sleepless nights, all the new milestones and the fielding, of mostly, unsolicited advice flying at you from every direction …

When my son was a baby, he wasn’t big on sleep, [and by that I mean he didn’t sleep through until two and half, and even then, we had to put a lot of work into getting him to actually do it!]

So, when he was just a few months old, a well-meaning relative suggested that I put some porridge into a bottle of milk because “he is clearly hungry” and “milk is obviously not enough for him”.  This was a vote of no-confidence in my abilities to make milk for my baby and despite my own professional background, I needed to prove myself.  This was an overwhelming and confusing time and I was astounded by the confusing and contradicting advice dished out on Facebook or in person: when exactly to start feeding your baby. In the State governed hospital where I work, I found that grannies and aunties play a major role in starting maize or “pap” as early as 6 weeks.

I researched the “big-guns”, the experts on the topic and found that the WHO, the American Academy of Pediatrics, Health Canada, the United Kingdom Department of Health, Health Institute Australia and the South African Department of Health advise that all babies should be exclusively breast- and/or formula- fed for the first six months of life. So, if all the experts in the field advise this, why are we as moms so confused?

The risks of introducing solids early

Being a researcher, I re-looked the risks of introducing solids early. Is a night’s sleep better than taking risks?  This is what I found:

I truly believe in the principle of baby-led weaning: It is important to wait for signs of readiness from your baby, [not your friends’ or a stranger’s readiness] before starting solids. I realized that all babies are different, and they march to the beat of their very own tiny drums. Your baby must be able to swallow safely and her digestive systems must be mature enough to be able to handle, digest and absorb what we are feeding them.

Remember that you know your baby best. I’ll leave you with the best advice I received: trust your gut, discuss with your health professional and take anyone else’s advice with a pinch of salt.

Some extracts from "Hello World: Watch me Eat" 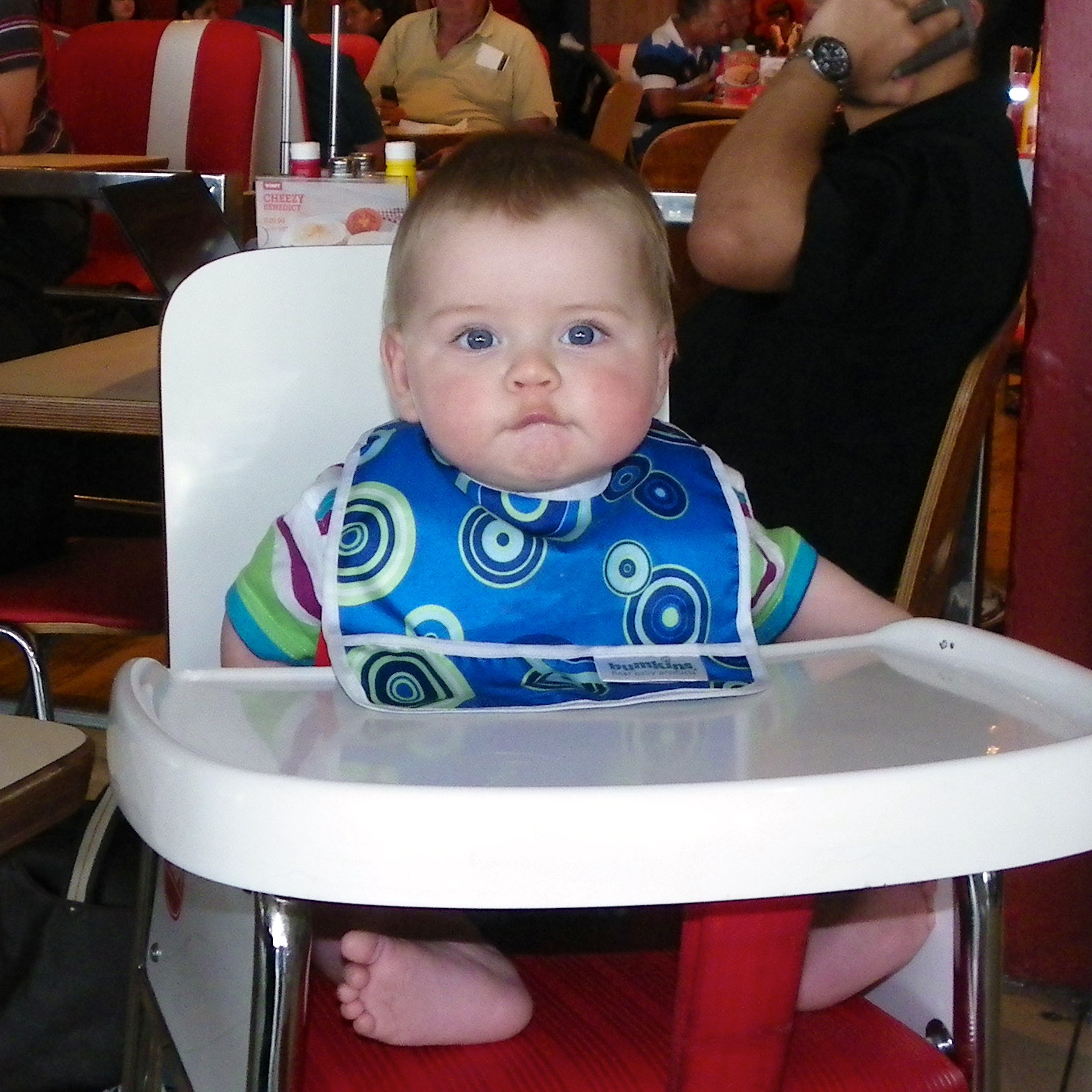 Your baby needs to control his head and neck movementwhile sitting upright in an infant feeding seat or highchair to swallow well and to prevent him from choking.

He needs to be able to keep his head in a steady, upright position. His head and neck control have developed enough to reflect hunger by turning towards the food or turning away from food. 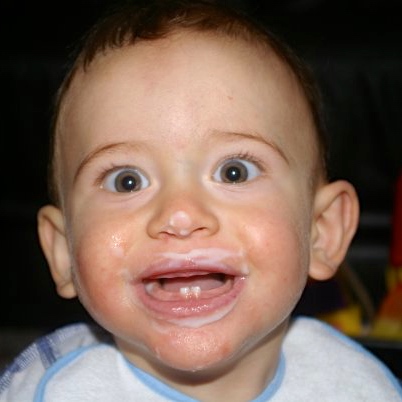 Your baby may begin eyeing or reaching for your food or may open his mouth if you offer him a spoonful and gets excited when he sees you getting his food ready. 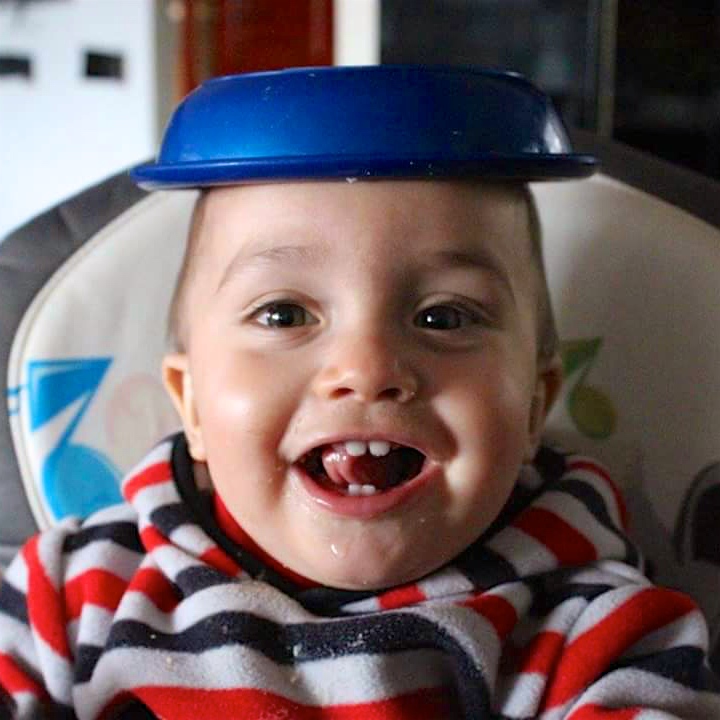 The extrusion [tongue-thrusting reflex] is fading: when your baby’s lips are touched, the tongue does not automatically push forward.

Your baby’s mouth and tongue develop in sync with his digestive system.

To start solids, he should be able to move food to the back of his mouth and swallow it, instead of using his tongue to push food out of his mouth. 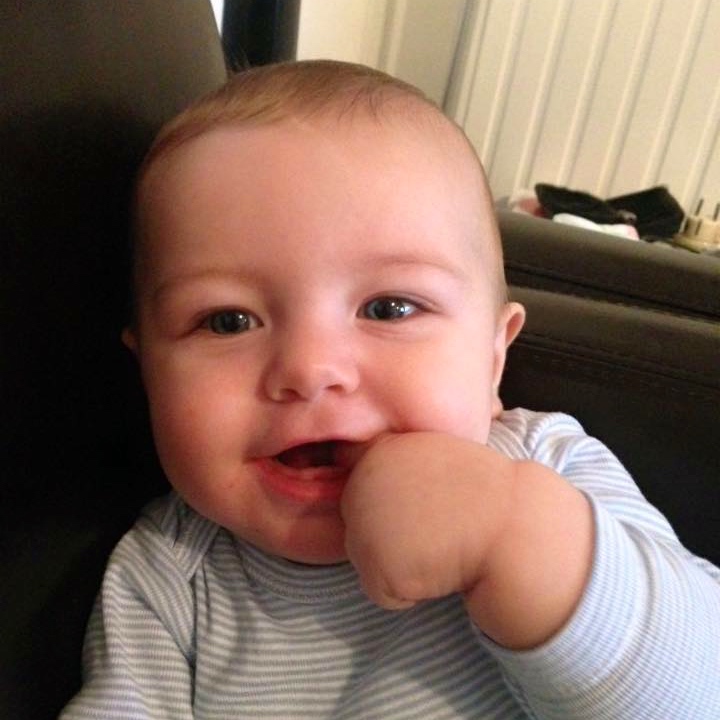 He is trying to put things into his mouth or chews his hands excessively and leans towards you while he’s sitting in the highchair.

He opens his mouth as you’re about to feed him. 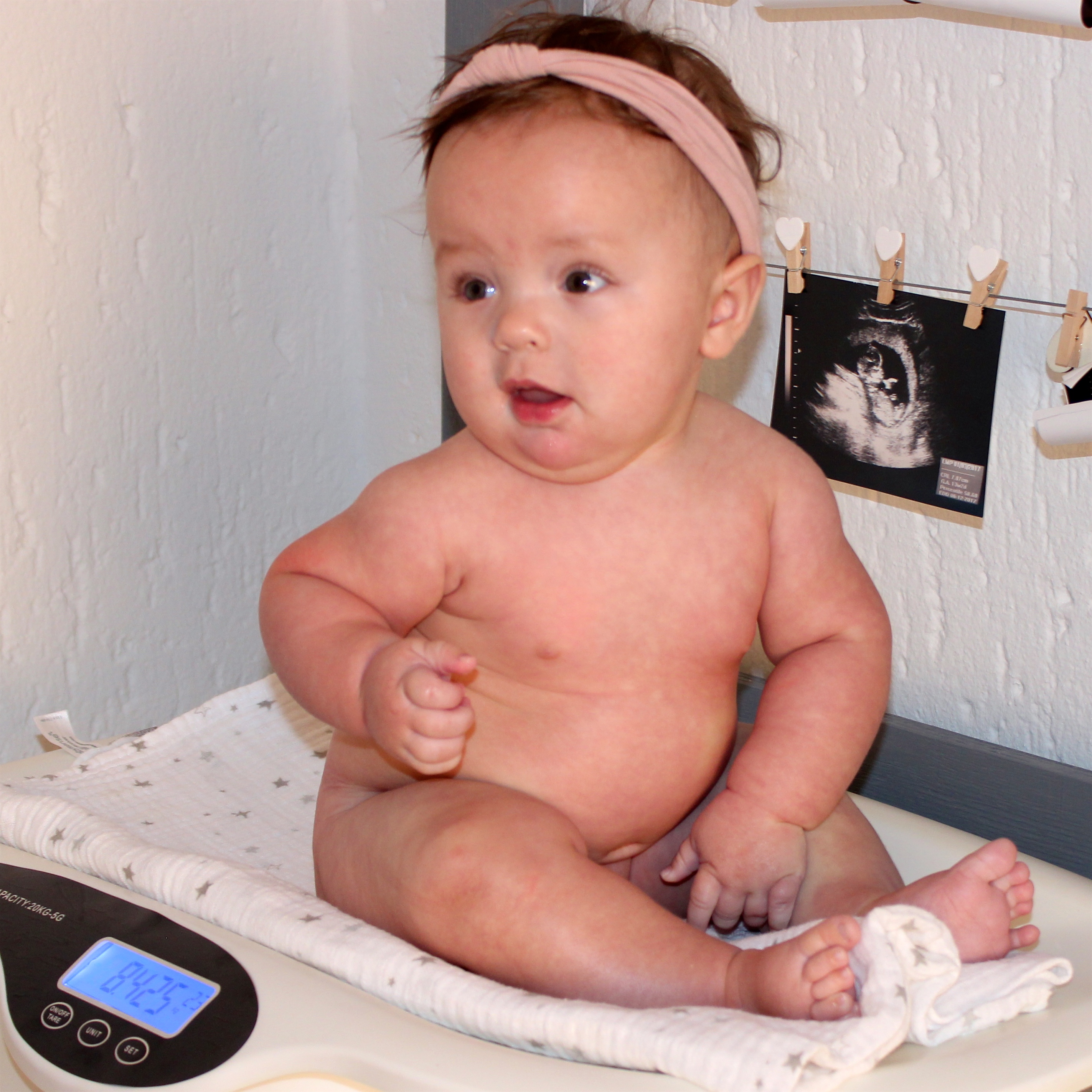 She has doubled her birth weight. 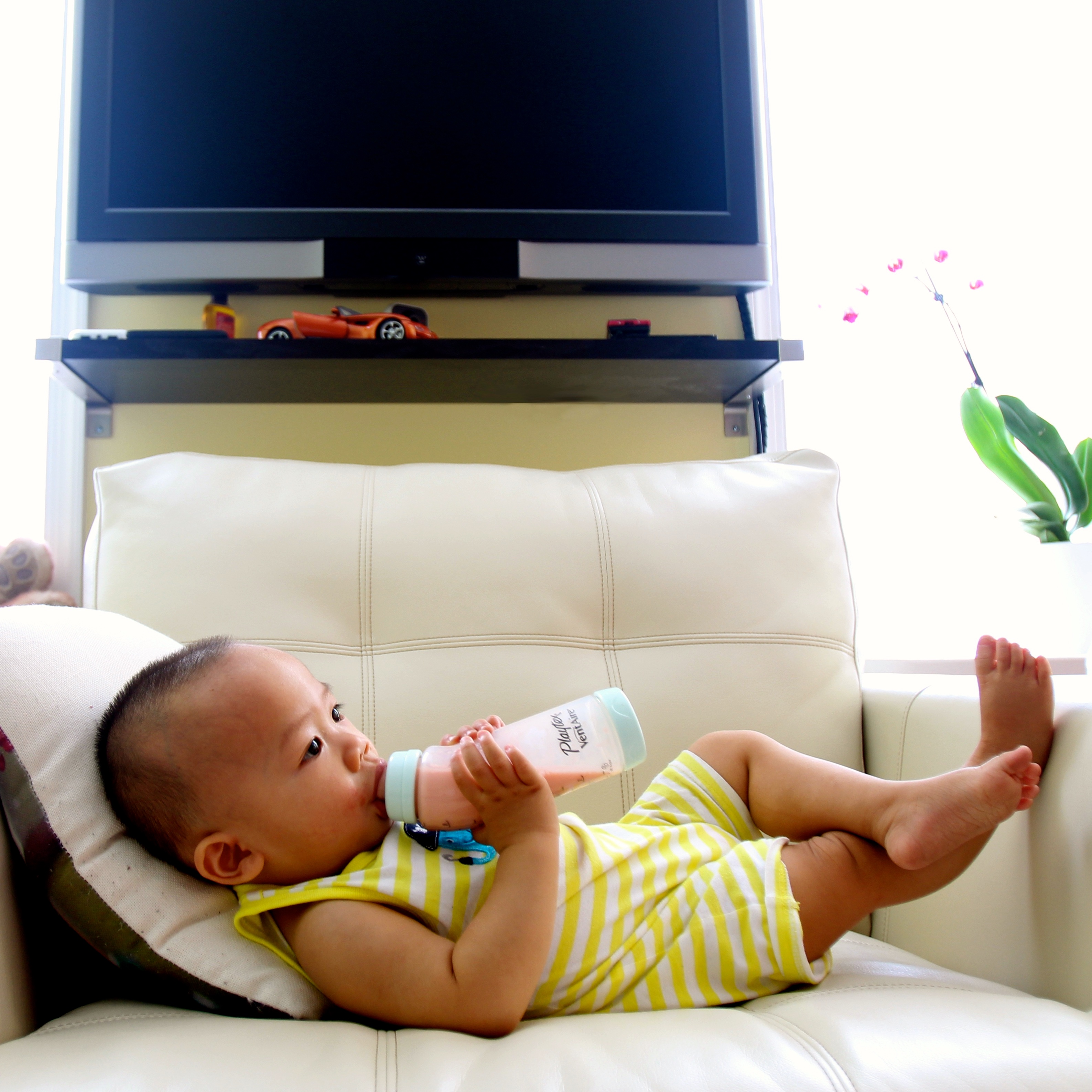 She demands to feed more than 8-10 times a day, and doesn’t seem to be satisfied with milk alone, or perhaps starts demanding extra feeds at night.

Check if your baby is not going through a growth spurt. Download the Wonder Weeks App to check.)

Remember demand feeding means you feed your baby whenever he asks. 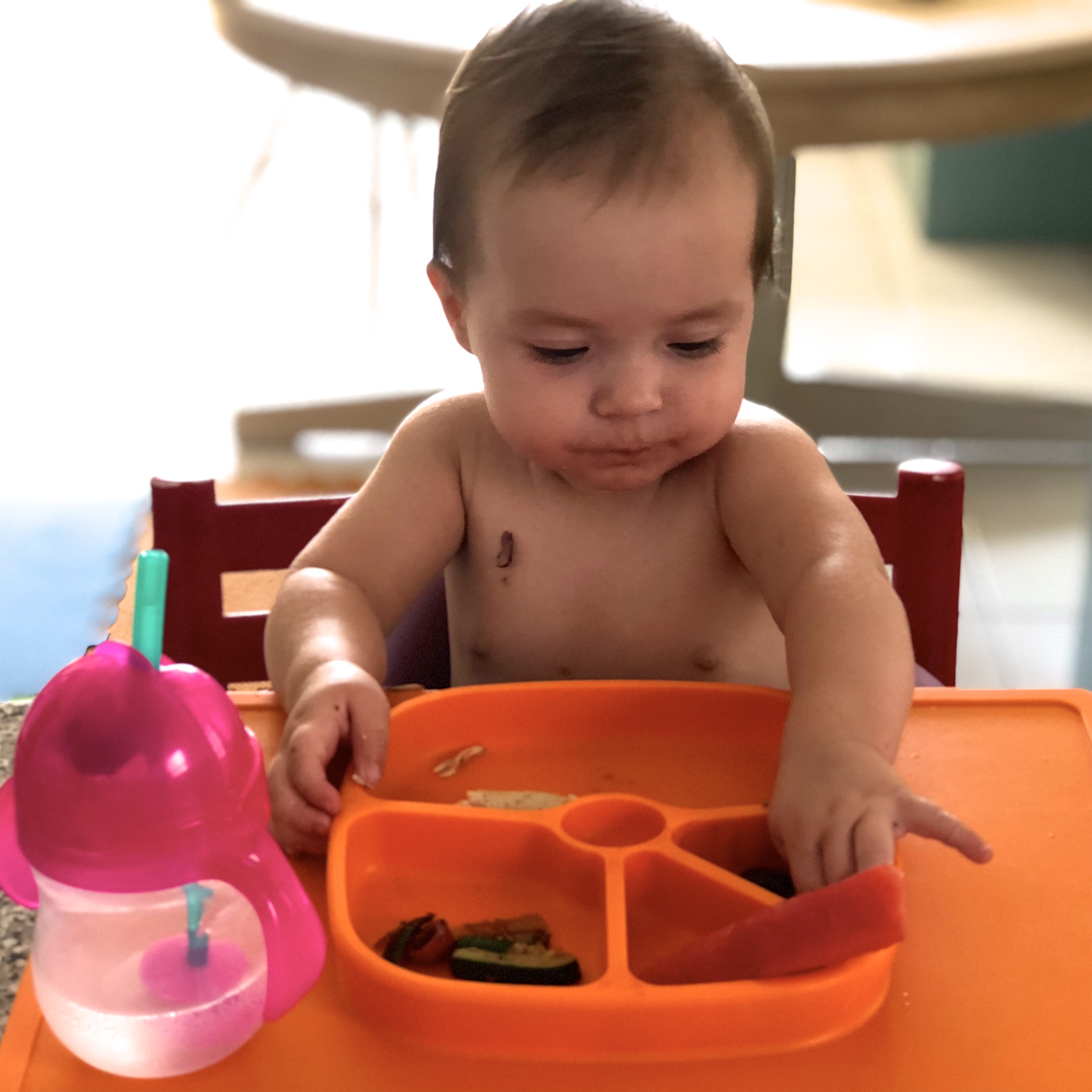 Your baby has developed the ability to grasp things with his thumb and forefinger (the pincer grip) and starts to use the fingers to scrape food into the palm of your hand.

We want every bite to benefit your baby’s growth, so we enrich our organic recipes with enlightened ingredients- superfoods, nutritious whole grains, and essential vitamins that provide optimal nutrition at every age. 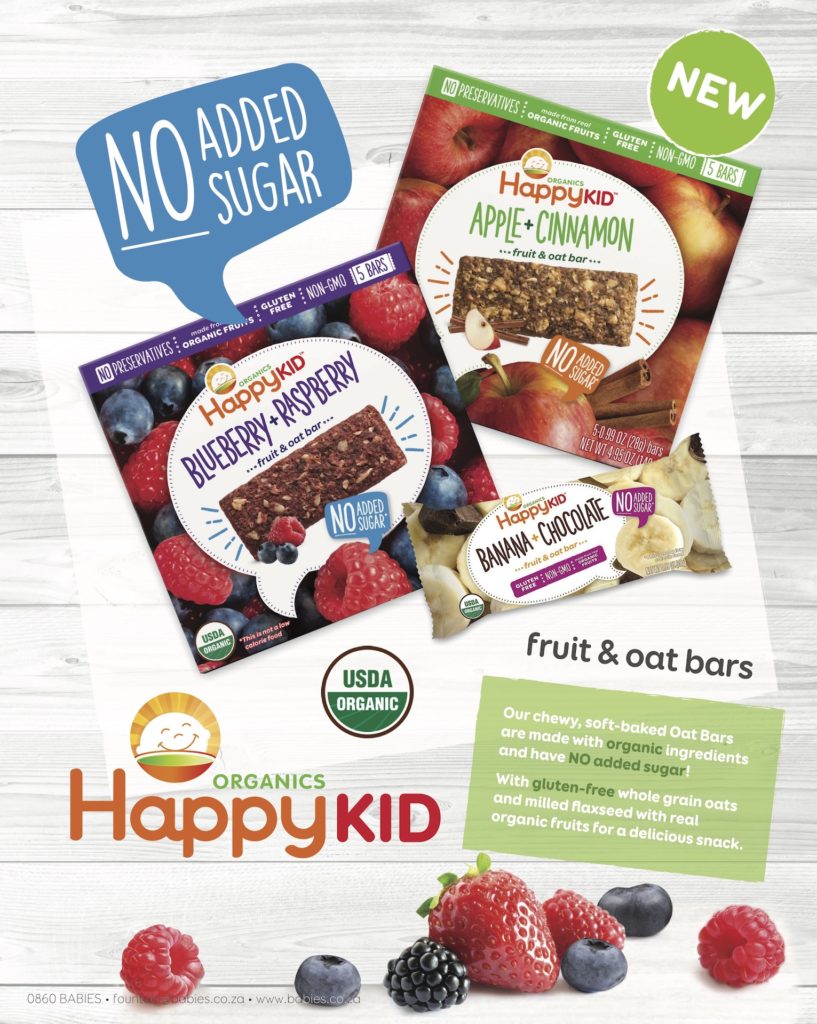 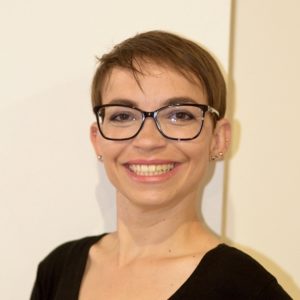 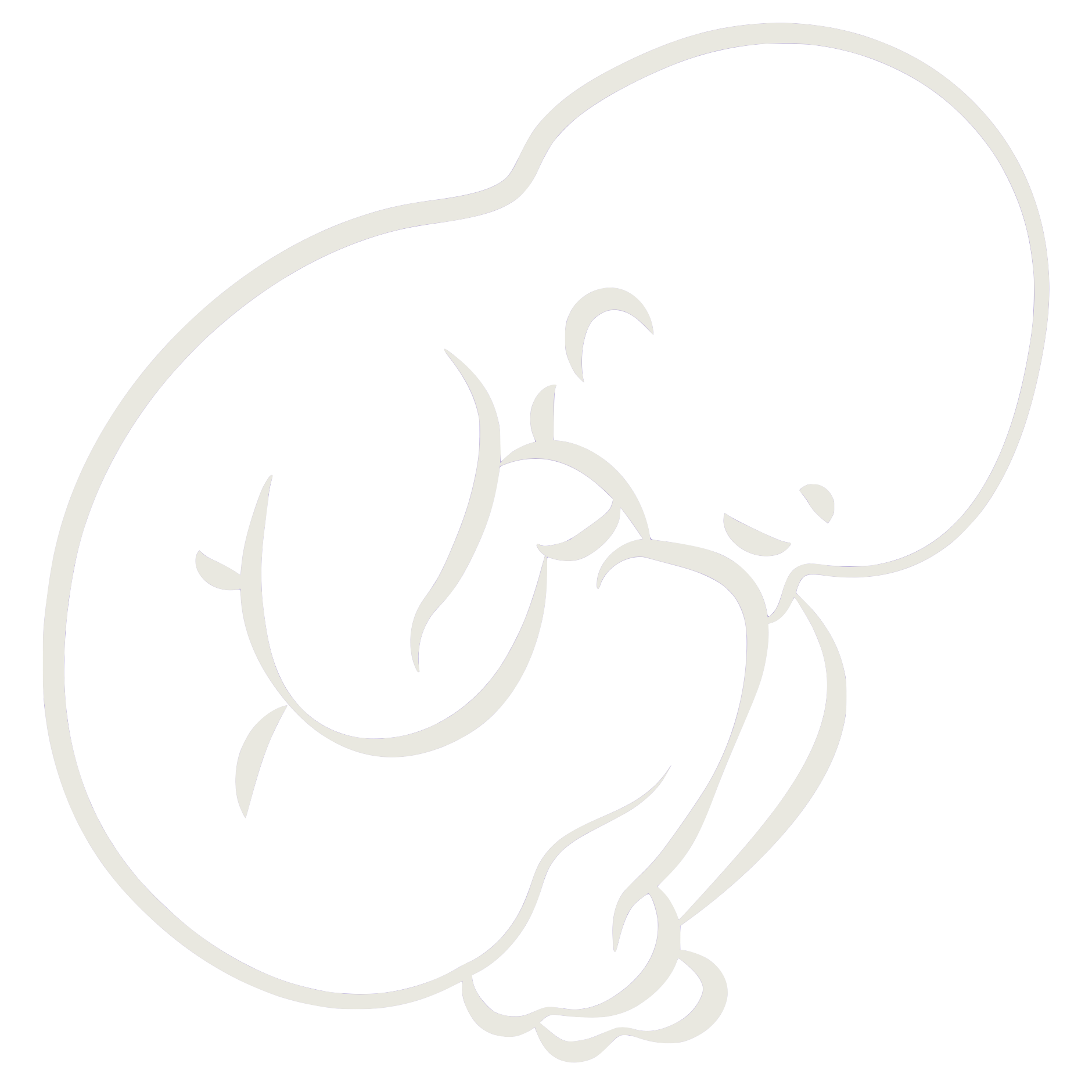